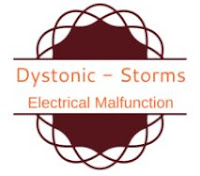 for some reason this year the heat has bothered me more than normal. I cannot get cooled off. I am sitting in front of an air conditioner and fan and am still sweating like crazy. I would say like a pig, but they do not sweat that is why they roll in the Mud to stay cool, Just a rambling thought.
The interesting thing is I am backwards from everyone else in this regard most in my family feel better when it is hot, they feel better in the summer, but , of course , not me I love the winter time. This is Just one example of how the disease can be totally different, and yet the same.
I am reminded of when I had the EEG done at home they hook leads to your head hoping to find something in there, not sure they did with me, anyway they did a two day test. I could not do the full three days because I would pull on the leads during the storms I was having. I was told I would have a full report of the findings, but it has been about 4 years and no report yet. My guess is they could not read it. Because the electrical impulses that are misfiring they have no explanation for, and doctors, from my experience, do not like saying, "I don't know". I find nothing wrong with it that is why it is called practicing medicine. That indicates to me that there will arise medical issues that doctors cannot explain.
My mind has always worked differently from others I think differently some of the things I say no one would correlate them together until I explain them. Such was the case when I was in high school and we were in Bible class and we were asked as a group what book would be the best example of patience I said Luke, I will give you a minute to see if you can figure out what I was thinking. The answer was Job because through trials we learn patience! Now back to my answer I said Luke, why? because he was a Doctor so he would have to deal with patients on a daily basis. How many of you would have guessed that correctly?
Another early indicator, looking back at it, was that my foot would shake for no reason. My mom would tell me to stop, but the truth was I couldn't I tried to get it to stop, but my foot was determined it was not going to cooperate!
Now ten years into the disease my body and brain do not communicate correctly, and it is because of all of the electrical misfires in my brain. There are many times that I cannot control my hand movements or leg movements at all.
The first time we had to call an ambulance to take me to the hospital my whole body was stiff I could not move I felt like something just solid my muscles had seized up and if they were going to take me anywhere they where going to have to get me in a stretcher, but the those responding thought they knew better an tried a wheel chair first, even after my wife tried to explain to them this would not work, they tried anyway my legs were stiff so the first responder thought she could get my knees to bend by sitting on both of my ankles! that did not work they did not move she was shocked to say the least, but that is what happens with this disease you never know what is going to happen from moment to moment, and people do not understand, and most doctors will not listen they already have a idea in their head and nothing you say or do will change that.
I have had people tell me that I am making all of this up to get attention, and if that is the case tell me why? because I would like to know. believe me this is not a mad up disease it is not all in my head as some argue, and almost had my sister convinced until she got her diagnosis, it is a real painful disease
If you have no control over your limbs and they are twisting in ways I am not sure that God intended, but we are cursed, those are things that cannot be done on purpose. If you see a Dystonic storm you will know that know one could do the things that your muscles are doing even if they wanted to, and believe me they would not want to!
Just a little insight to what my day has been like and what my life is like, and all those that have this disease.Just keep us in your prayers as we are still trying our best to cope with this disease the best we know how.