I do not get offended very easily anyone who knows me knows that. I Just let it slide and figure someone was having a bad day and move on to the next thing whatever it may be, but I do get frustrated when people refuse to acknowledge that Dystonia is a real disease, or they think that The Patient has made up the whole thing in there head. believe me if I were going to make up a disease it would not be this one! I know some people think that everything I do is fake, and just to get attention because they have told me so, but I could get attention other ways than this, and my wife would tell you that some of the things that this disease causes would be hard to fake. As you read this you may think the whole thing is a farce and I could quit whenever I wanted to, and you can keep that opinion that does not bother me, because I know the truth, and those who have never experienced the disease for themselves I get it.
There are however 2 words that I know get under the skin of most Dystonia patients, because I have seen the looks when they are said those words are "Stop It" the fact is if I could have stopped it it would have been stopped along time ago. Fact: I cannot stop it, no more than you can stop any other disease or the symptoms that come along with it.
If you saw an Epileptic person on the street having a seizure would you tell him to stop it? Of course not you would try to get some help, but it is because you believe his disease is real. If you saw a person having a Dystonic storm and you really couldn't tell by the symptoms what it was would you help or call the Police and say that there is a crazy person loose on the street.
I am trying to educate people through this blog what dystonia is and what is does, and I think if you read the stories I have told you have a better understanding of the disease and what symptoms there are that come with it. No one can fully understand the extent of the disease unless they have it that is another fact. 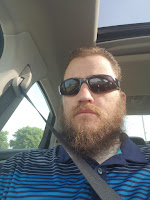 One of the things I have been told to stop doing is mimicking other peoples accents, and I don't even realize that I am doing it. When I was still able to work we worked with many people from India, very smart people who quite frankly made me feel stupid sometimes, but that is ok. I was talking to one of them on the phone and he stopped me and asked why I was mimicking his accent. I apologized, and told him a little about the disease and sometimes when I hear someone talk I will start to talk like they do and will not realize it. He also was curious about the disease and after we talked for a minute or two we just went on trying to resolve the problem that we had been working on. He never said "Stop it" He was curious why I was doing it. He was Kinder than most people that I know would be should I ever copy there accent, but there was a little understanding, and a little understanding goes along way instead of getting upset that someone is talking in a different accent than usual. believe me I cannot help it.
There have been times that I have had Dystonic storms and I will start talking with a different accent, but my wife never tells me to "Stop It" because she knows that at that moment in time I am not sure what my actual accent is. The storm can last. the visual part,, usually 20-30 minutes, but even after that part is over the brain is still misfiring. My wife very patiently will talk, and inform me that I am talking with a Mexican, Indian, English, or any of number of accents that I have heard. She then will ask me to listen to the sound of her voice because that is the accent that I use. It can take up to an hour, I believe is the longest it has taken me to begin to talk normally again, but she does not tell me to "Stop It" because she knows that I cannot.
another example is from the time started singing I would sing a song Just like I heard it, and when I say just like I heard it that is what I mean. People would tell me I sounded just like the person who sang it. I still do that I cannot help it. If I hear a song sung a certain way with certain voice inflections I will sing it the same way, and no matter how many times someone tells me to stop it I cannot.
Please understand that this is a part of the Dystonia that I have. I do not know what symptoms that others might have, but telling them to "Stop It" can be very hurtful to the patient because yo have never walked in there shoes!
so today as you go through your day try to understand people, try to put yourself where they are and ask yourself " How would I want to be treated", and I think we would be better off than just making snap judgments based on what we see, or better yet what we want to see.