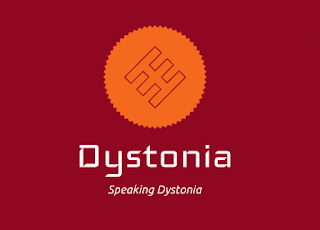 There is so much in life we take for granted. We go about our days and never really think about the small things . One of those is just our day to day talking. I know not everyone with dystonia deals with the speech issue but if you do it is definitely interesting.

After Josh and I were married we had moved into a new house and his sister had come to help us unpack. I remember I had made him something to eat and asked him if he wanted something to drink. He said he wanted some klim. That was the first sign of dystonia but we didn't know it at the time. If you read klim backwards its milk. We laughed about it and didn't think much of it. Then one day he said we needed eeffoc snaeb, that's coffee beans. So it began!

We now have our own language and communications. Sometimes his text will be backwards. I'm not talking just the words but the whole text. The last word will be first with the rest of the text following in the wrong order and spelled backwards. I've become a pro at reading them except when he text me in French. He has had whole conversations with his mother in French and didn't even realize it. On any given day he couldn't do that unless he is in dystonia mode. There are times when his tongue twist and everything he says is mumbled. Sometimes I understand and sometimes I don't get it and it is very frustrating to both of us but we do the best we can.

Let's not forget about the times when we are out somewhere and he hears someone speaking in a different language and starts to mimic. He's not make fun, his brain just starts having him copy what he is hearing. I have to talk to him and try to get him to hear how he is suppose to sound and it takes awhile but eventually he gets back to normal.

Another language we speak isn't words but movements. Sometimes he can't talk or move so we have come up with other ways of communicating. There is blinking of the eyes or squeezing my hand. There are also times he stops breathing and if I don't see whats happening right away he will flap his arms and then I jump into action.

There have been situations when he can move but not speak so he get his phone and writes out what he's trying to say. Life can get very interesting and frustrating but it is always an adventure. Granted it's an adventure neither of us want to be on but it is what the Lord has given us so we make the most of it. We laugh through the funny, cry through the sadness, rejoice through the good times, and struggle through the painful but we are always there for each other. Our vows were in good times and bad in sickness and in health. We had no clue when we made that commitment to each other what we were saying! When things get tough its best to stay true to you vows instead of running away. It may not be the easiest thing to do but it's the right thing to do.